(El Puerto de Santa Maria, Spain - July 4, 2010) - Assistant Activity Coordinator Patrick Alvarez gets the Blue Team excited for Colour War. Colour War is a camp-long competition between the white and blue teams. Each team has a dance, which they must learn on the first day. The winning team is announced during the awards ceremony on the final night and they received a victory meal of hamburgers and chicken nuggets, while the losing staff must serve them. ..Photo by Will Nunnally / TECS. 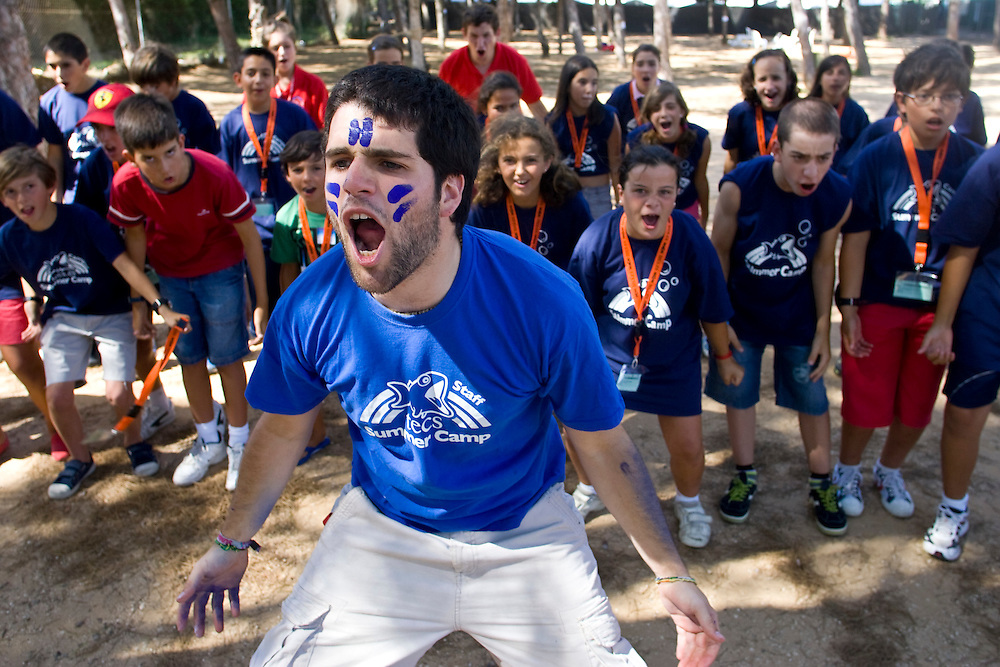