(A Coruña, Spain - April 27, 2010) - Galicia Black Towers center Victor Tenreiro Ferstadt started playing American football after a year abroad in the United States. "I like the social status [you get] when you are a football player. It changed me; it made me." ..The Black Towers are the only American football team in Northwest Spain. They played their first competitive season last year in the Portuguese league and hope their sport will catch on in the region. ..Photo by Will Nunnally / Will Nunnally Photography 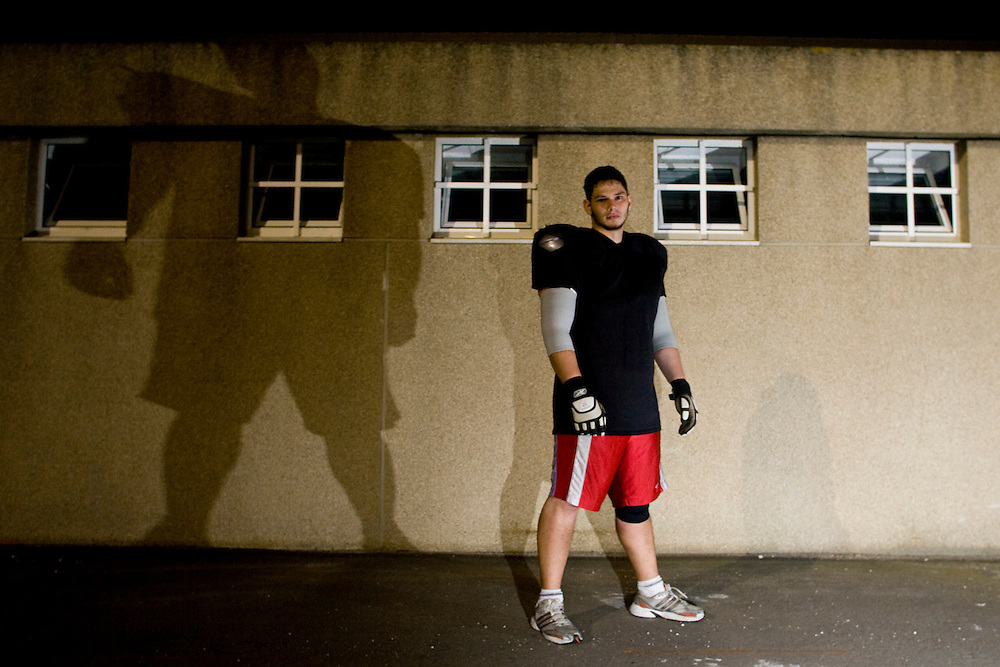