(Boston, MA - March 30, 2009) - Stan Kozak and his crew walk the nasturtiums for the Spring courtyard exhibit up to the third floor at the Isabella Stewart Gardner Museum. The nasturtiums display is the most popular and shortest of the four seasonal garden exhibits at the Gardner museum. Carrying on a tradition started by Mrs. Gardner in the early 1900s, Kozak grows the nasturtiums in greenhouses for 10 months, until they are about 20 feet long, before they are hung in March and usually they last around 3 weeks. ..He says, "I know the phone calls begin in early January as to when the nasturtiums will be on display, so I think there is a great responsibility there that we continue what we've been doing for the last 80-90 years."..Photo by Will Nunnally/Will Nunnally Photography 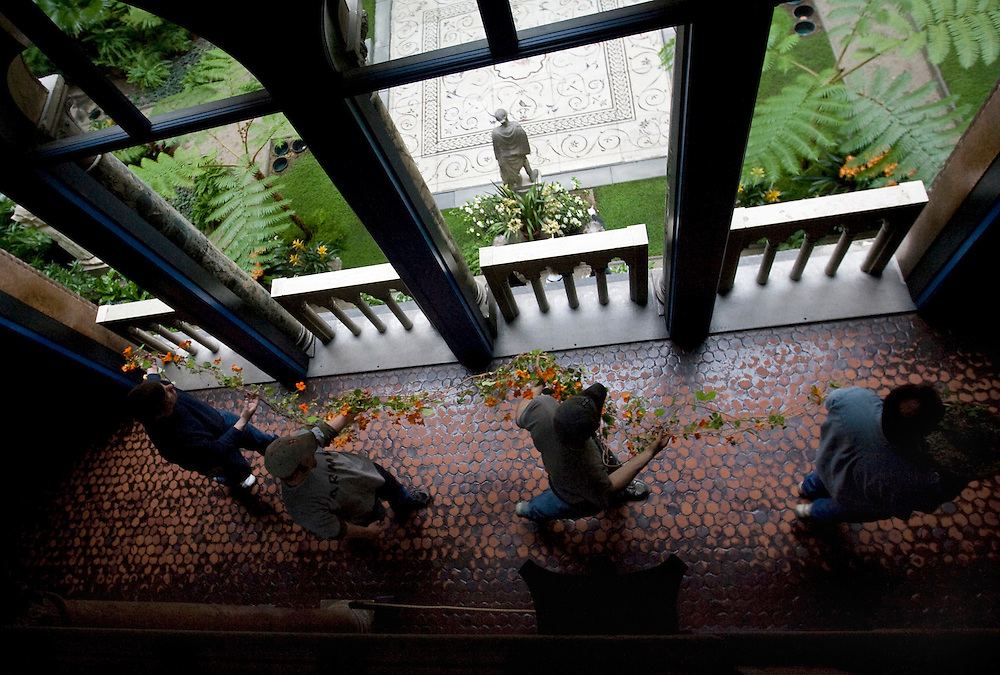