(Boston, MA - August 16, 2009) - Diana Marino Karamourtopoulos, 10 of Metheun, Ma., gets assistance from a crowd of women with her outfit before performing as an angel in front of hundreds at the 99th Annual Fisherman's Feast in Boston's North End. Boston's Fisherman's Club selects three girls each year to perform the "Flight of the Angel" on the final night of the week-long festival. The three angels bless the statue of the Madonna del Soccorso and one "flies out" on a pulley to touch it...Herald photo by Will Nunnally 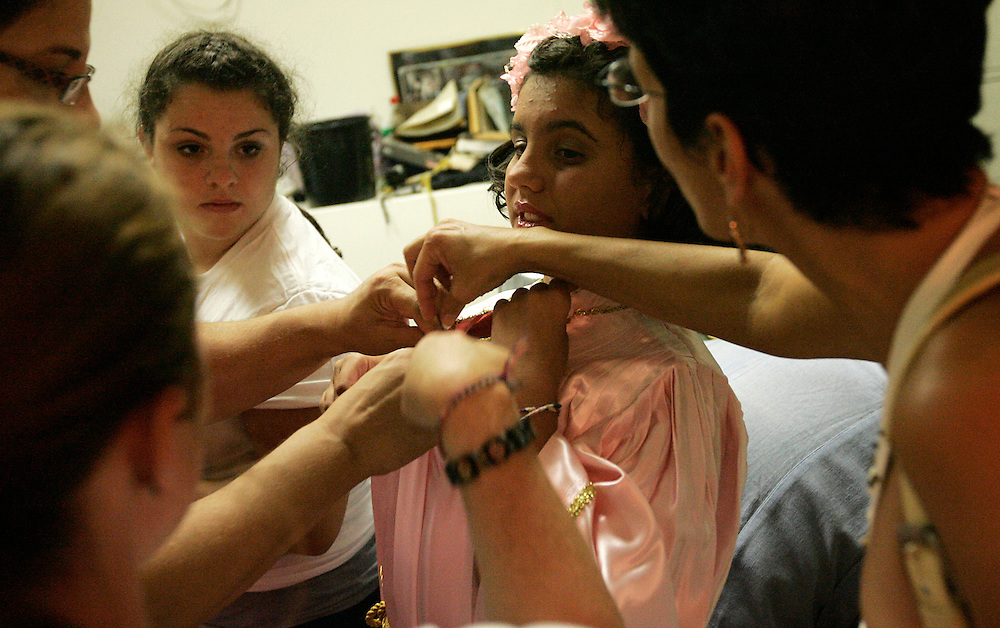